Average house prices up 1.3% in the year to September 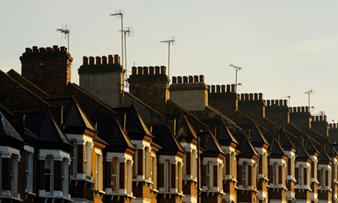 Average house prices increased by 1.3% in the 12 months to September, the ONS UK House Price Index has found.

House prices rose saw a monthly increase of 0.2% between August and September, with the average house price reaching £234,000 in September.

At a regional level the North West had the highest annual house price growth, with prices increasing by 2.8% in the year to September.

The lowest annual growth was in London, where prices fell by 0.4% in the 12 months to September.

House price growth in Wales increased by 2.6% between September 2018 to September 2019, with property prices in Scotland also seeing a rise of 2.4% year-on-year.

The average house price in England increased by 1% in September 2019 compared to figures seen the year previously.

Northern Ireland house prices increased by 4% in the 12 months to September and remains the cheapest UK country to purchase a property, with the average house price at £140,000.