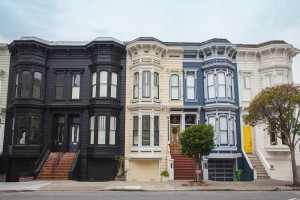 House price growth has cooled, according to the latest Halifax House Price Index.

House prices in the three months to September were 0.1% lower than in the previous three months (April-June). This compared with a 0.7% rise in August and is the lowest quarterly rate since November 2012 (-0.3%). The quarterly rate of change has been on a downward trend since reaching 3.0% in February.

Prices in the three months to September were 5.8% higher than in the same three months a year earlier. This compared to 6.9% in August and continues the downward trend seen over the past six months after the annual rate reached 10.0% in March. September’s 5.8% is the lowest yearly growth rate since August 2013 (5.4%).

House prices increased by 0.1% between August and September. This small increase followed two consecutive monthly falls. The quarter on quarter change is a more reliable indicator of the underlying trend.

The average age of a UK first-time buyer is now 30, but this masks a seven-year age gap among those coming on to the housing ladder, according to separate recent research from Halifax. The youngest first-time buyers are in Carlisle in Cumbria and Torfaen in south Wales where the average age is 27. The oldest average first-time buyer age (34) is in areas including Slough in Berkshire and the London boroughs of Barnet and Ealing.