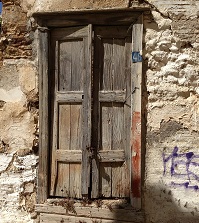 Figures for November’s housing market released by Halifax this morning have revealed the biggest monthly rise in house prices since February with average prices 2.1% higher than the same month a year earlier.

According to the lender, on a monthly basis, house prices rose by 1.0% and during the latest quarter (September to November) house prices were 0.2% higher than in the preceding three months (June to August)

Halifax also revealed that mortgage approvals have fallen slightly from September. Bank of England figures show that the number of mortgages approved to finance house purchases were 64,602 in October – this represents a 1.8% month on month fall, following a slight rise of 0.3% in September. Year on year growth is -3.3%. (Source: Bank of England, seasonally-adjusted figures)

Prices are now up by £3,904 since the start of the year. While a degree of uncertainty remains evident, it’s also clear that buyers and sellers are responding to factors such as improved mortgage affordability and the limited supply of available properties.

It is these issues which we believe will continue to underpin the resilience evident in the market for most of 2019. Over the medium term we expect the emerging trend of modest gains to continue into next year.”