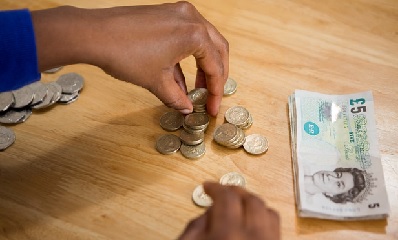 The UK’s inflation rate fell to its lowest for more than three years in December, official figures show.

The Consumer Prices Index rate dropped to 1.3% last month, down from 1.5% in November, the Office for National Statistics (ONS) said.

A fall in the price of women’s clothes and hotel stays helped the drop.

The slower rate of price increases may spur the Bank of England to cut interest rates, with inflation well below the target rate of 2%.

December’s inflation rate was the lowest since November 2016.

On Wednesday, Michael Saunders, one of the rate setters on the Bank’s Monetary Policy Committee (MPC), reiterated his view that borrowing costs should be lowered.

“It probably will be appropriate to maintain an expansionary monetary policy stance and possibly to cut rates further, in order to reduce risks of a sustained undershoot of the 2% inflation target,” he said.

Last week, two other rate setters and Bank governor Mark Carney also suggested that rates could be cut, depending on how the economy performs.

On Sunday, MPC member Gertjan Vlieghe told the Financial Times he would consider voting for a rate cut depending on how the economy has performed since the December election.

The Bank’s main interest rate is used by banks and other lenders who set borrowing costs.

It affects everything from mortgages to business loans and has a big effect on the finances of individuals and companies.

But members of the MPC could take the latest inflation figure with a pinch of salt, said Samuel Tombs, chief UK economist at Pantheon Macroeconomics.

“Half of the decline in the headline rate was driven by a sharp fall in volatile airline fares inflation,” he said.

He expects inflation to rise to 1.6% in the first three months of 2020, and this could mean enough MPC members will decide to wait rather than voting to cut rates.